Introducing Laravel Quizzes! Try your luck at quizzes based on the Laravel documentation with hundreds of hand crafted questions! Play now →

Version 1 racked up more than 200,000 downloads! After more than 5 months and hundreds and hundreds of hours of work, version 2 of Laravel Livewire Tables is finally a stable release!

Check out the documentation

Here are some of the highlights:

All of the features of version 1, plus:

Taking a page out of jQuery datatables for this one. You can now specify on each column whether you would like it to collapse on tablet or mobile. If you have collapsing columns the component will display a plus symbol at those screensizes that will use alpine to open up a full width table row beneath the current row with the details of the collapsed columns. 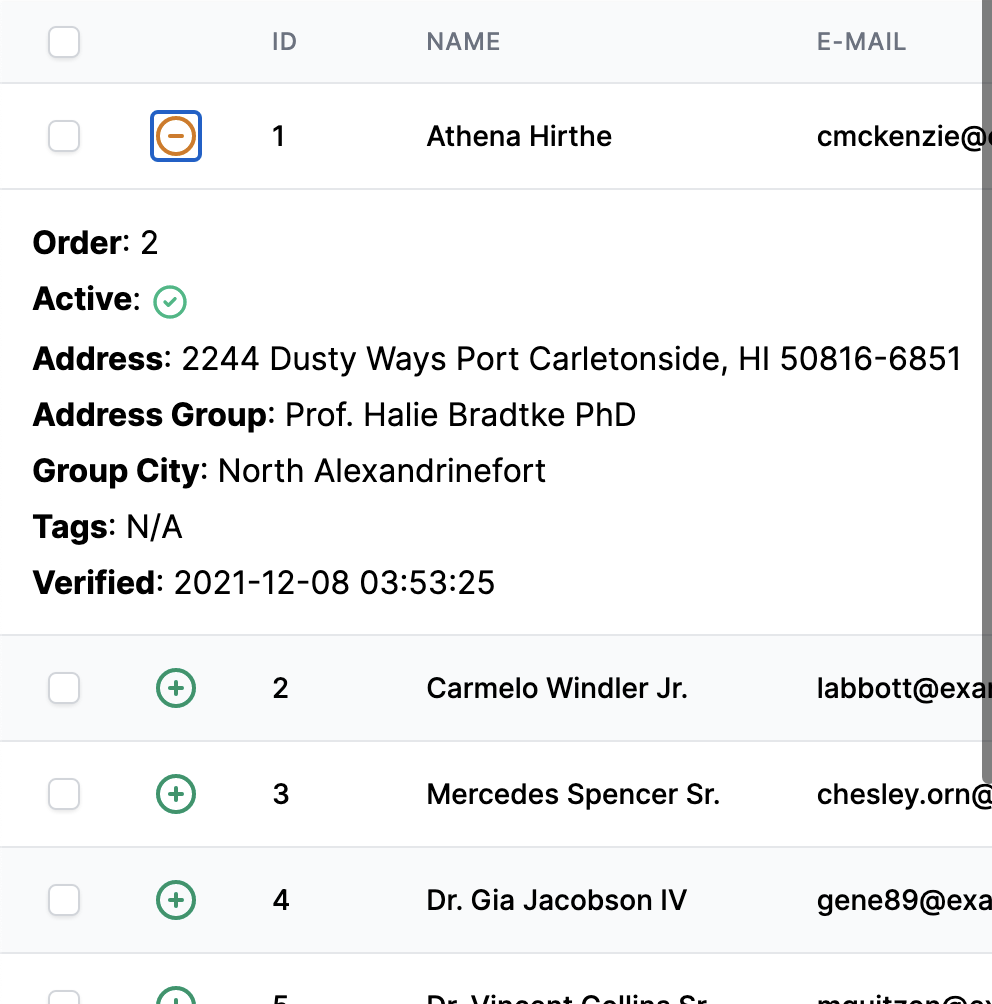 In the previous version, there was a single column class that did everything. In this version there is a default column class for normal data, and special column classes for data that needs to be formatted differently.

For example a BooleanColumn is used for a database field that is set as a true/false or 0/1 value.

Same as columns in the previous versions, there was only one type of filter. In this version filters will be specific to the type of information that they filter. For example SelectFilter, MultiSelectFilter, CheckboxFilter, etc.

The previous version did not do a good job with relationships at all. I'm trying to be better in this current version. So far I have support for HasOne and BelongsTo relationships for display, searching, and sorting.

Would auto join all of the relationships and display the city name.

I'm going to attempt to support more complex relationships in the future, and look forward to input from the community.

This version was built with configutation in mind. Every option is configurable, and you can even override the default options.

Every component has a configure() method that you use to customize the component. You can chain any of the dozens of methods to get the desired result.

The last version lacked testing. This version I went with (mostly) TDD, and so far has around 300 tests for both functionality and UI. There will be plenty more by the time i'm finished.

The previous version had different views for all of the different themes, which was cumbersome. In this version the theme is passed to the blade components and all of the work is done in one file.

Last year it was difficult to support multiple tables in the same view. This version is much easier, uou just set a table name for your tables and the query string is automatically generated for all of the tables on the same page.

There are still limitations which are noted in the documentation, but overall should work much better.

This version comes with a flag to dump a bunch of relevant data above the table for debugging. Such as the query being executed, current sorting, filters, bulk actions, etc.

Hello! I'm a full stack developer from Long Island, New York. Working mainly with Laravel, Tailwind, Livewire, and Alpine.js (TALL Stack). I share everything I know about these tools and more, as well as any useful resources I find from the community. You can find me on GitHub and LinkedIn.

Sponsor me on GitHub
One time donation
Star my projects